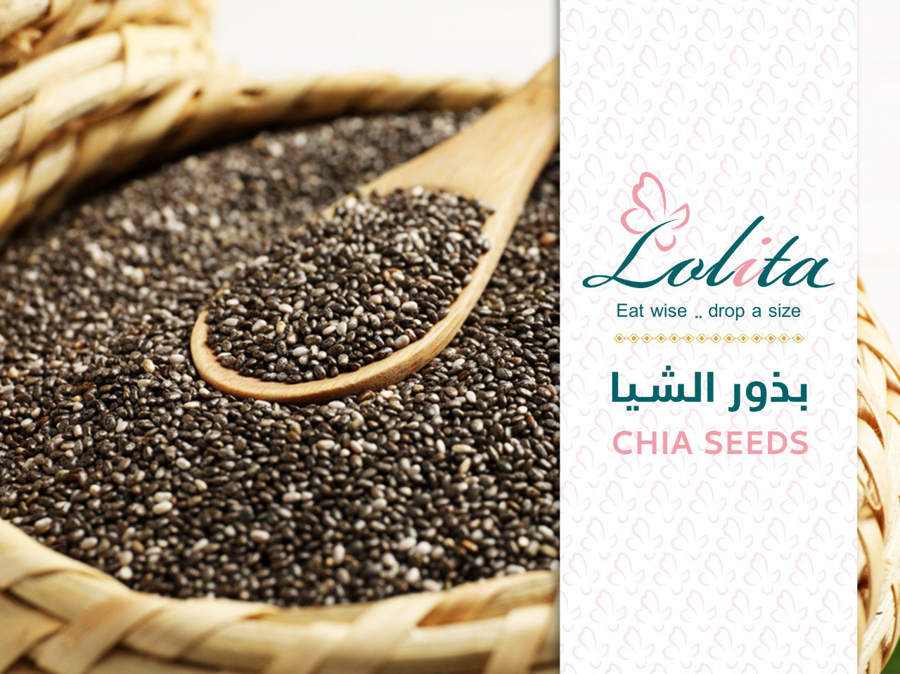 ◆ So, what is Chia?
- Chia seeds are small, they are sold in limited places interested in health and healthy food.

◆ Chia has twice as much potassium as in bananas !!

- Chai seeds are rich in omega-3 fatty acids, dietary fiber, which facilitates digestion, helps in detoxification of the body, in addition to its ability to absorb large quantity of water from the body.

- They can therefore be considered as one of the best seeds that contribute to weight loss, it also lowers both constipation and diarrhea severity, meaning that it adjusts the digestive system.

◆ Chai seeds may be used as following:
- Iced juices

- Chia seeds can be added to any type of juice you prepare by adding two large tbsp chia to the juice, mix in an electric blender on low speed for about 10-15 seconds, leave for 10 minutes, before drinking it.

- It's preferred to sprinkle the salad with some chia seeds, taking into consideration that you need to substitute your body with water, as chia can absorb large amounts of water.

- An alternative to eggs.

◆ Chia seeds can be used as an alternative to eggs in bakery and cake, by mixing a tbsp ground Chia seeds with 3 tbsp water, allowing it to sit for 5 minutes before use.

◆ This is what I do in Lolita's barley bread, but it wouldn't have useful to tell you because you wouldn't have understood what Chia is until you've tried it, so if you have barely bread and you can see the black bits in the bread, that is Chia, it's expensive but very useful.

◆ Do you use Chai on anything else?
- Yes, of course

- I Use them in pastries, cakes and chicken trays, this is already done with the chicken thyme and nuggets that were in the delivery.

- They are also used as a substitute for corn flour or starch in recipes as they help in obtaining a cohesive texture.

◆ Chia is sold in Gourmet, Saudi and Metro XIt's not allowed to buy Chia from the herbal Shop (العطار).